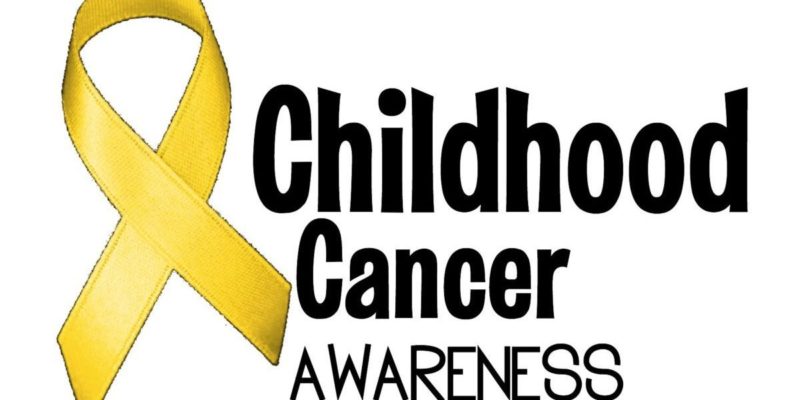 This post was set to publish on September 30, 2019 but we ran into some technical difficulties. We apologize for the delay.

On this last day of Childhood Cancer Awareness month, Health Freedom Louisiana needs to bring to your attention some disturbing facts, most notably: the refusal of oversight agencies to demand studies on vaccines and the increasing childhood cancer rates.

Lack of data does not equate safety, rather negligence.

Every parent should know that vaccine safety trials do not test for carcinogenic (causing cancer) or mutagenic (causing mutations in DNA) effects, as is stated on each vaccine manufacturer’s insert. Not ever.

More information you should know:

“…most childhood cancers are not caused by inherited DNA changes. They are the result of DNA changes that happen early in the child’s life, sometimes even before birth.” (Think: vaccines have never been studied for causing mutations, yet they are now recommending vaccinations during pregnancy.)
– cancer.org/cancer/cancer-in-children/risk-factors-and-causes.html

So, can vaccines cause cancer?

Read along and then decide for yourself.

DNA in Vaccines Can Cause DNA Mutations in Vaccinated

“In detail, we verified the presence of saline and Aluminum salts, but further presence of micro-, submicro- and nanosized, inorganic, foreign bodies (ranging from 100 nm to about ten microns) was identified in all cases, whose presence was not declared in the leaflets delivered in the package of the product. . . . particles the size often observed in vaccines can enter cell nuclei and interact with the DNA.”
– medcraveonline.com/IJVV/IJVV-04-00072.pdf

“Residual DNA might be a risk to your final product because of oncogenic and/or infectivity potential. . . .Residual DNA also might be capable of transmitting viral infections if retroviral proviruses, integrated copies of DNA viruses, or extrachromosomal genomes are present. . . .For widely used human diploid cell strains, such as MRC-5 [used in the DTaP-IPV, Hep A, Hep A/Hep B, MMRV (measles, mumps, rubella, chickenpox), Rabies, Varicella (chickenpox), and Zoster (shingles) vaccines] and WI-38 cells [used in the Adenovirus, MMR (measles, mumps, rubella), and MMRV vaccines], measurement of residual DNA might be unnecessary because we do
not consider residual DNA from these human diploid cells to be a safety issue. We might require limitation of the amount of residual DNA, depending on the potential risks associated with that DNA…”
– fda.gov/media/78428/download

“These contaminating fragments could be incorporated into a child’s genome and disrupt normal gene function. . . .Foreign human DNA is spontaneously taken up by stressed human cells and even by normal healthy human cells. The foreign human DNA can readily insert into the cell’s genome. Primitive human cells, like stem cells, take up and integrate foreign human DNA more efficiently than mature human cells. A stem cell that takes up and integrates foreign DNA could transfer this mutation throughout the body and cause disease. Residual foreign human DNA and retroviral DNA contaminants in vaccines could contribute to various mutations and diseases in infants and toddlers via DNA uptake and incorporation into their vulnerable cells and genome.”
– soundchoice/soundchoice/wp-content/uploads/2014/04/Stem-Cells-and-Primitive-Cells-Are-the-Most-Sensitive-to-DNA-Contaminants.pdf

“VERO cell lines, derived from the kidney of an African green monkey, are important substrates for viral vaccine manufacture . . . VERO cells can develop the capacity to form tumors . . .newborn nude mice may be more sensitive than adults in detecting the expression of a tumorigenic phenotype by some VERO cell lines.”
– ncbi.nlm.nih.gov/m/pubmed/17933552

Known Carcinogens (substances that cause cancer) Are in Vaccines

In 1987 the U.S. Environmental Protection Agency (EPA) classified formaldehyde, which is found in many vaccines, as a probable human carcinogen. Since then and after further research, The International Agency for Research on Cancer (IARC) and the National Toxicology Program, an interagency program of the Department of Health and Human Services, have both classified formaldehyde as a known human carcinogen.
– cancer.gov/about-cancer/causes-prevention/risk/substances/formaldehyde/formaldehyde-fact-sheet

In 2010, the International Agency for Research on Cancer, a part of the World Health Organization, classified formaldehyde as a cause of leukemia.
– pbs.org/newshour/science/does-formaldehyde-cause-leukemia-a-delayed-epa-report-may-hold-the-answer

Formaldehyde can damage chromosomes (which contain DNA) in both number and structure.
– ncbi.nlm.nih.gov/pmc/articles/PMC4291049/

Aluminum salts are the most commonly-used adjuvants in human vaccines. Aluminium chloride is a type of aluminum salt. In this study, aluminum chloride demonstrated mutagenic activity and transformed the cultured breast tissue cells, “thus enabling them to form tumors and metastasize“. These observations provide experimental evidence that aluminium salts could be environmental breast carcinogens.
– ncbi.nlm.nih.gov/m/pubmed/27541736/

“Retroviruses are classified as exogenous or endogenous according to their mode of transmission. Generally, endogenous retroviruses (ERVs) are not pathogenic in their original hosts; however, some ERVs induce diseases. In humans, a novel gammaretrovirus was discovered in patients with prostate cancer or chronic fatigue syndrome. This virus was closely related to xenotropic murine [rodent] leukemia virus (X-MLV) and designated as xenotropic murine leukemia virus-related virus (XMRV). The origin and transmission route of XMRV are still unknown at present; however, XMRV may be derived from ERVs of rodents because X-MLVs are ERVs of inbred and wild mice. Many live attenuated vaccines for animals are manufactured by using cell lines from animals, which are known to produce infectious ERVs; however, the risks of infection by ERVs from xenospecies through vaccination have been ignored. This brief review gives an overview of ERVs in cats, the potential risks of ERV infection by vaccination, the biological characteristics of RD-114 virus (a feline ERV), which possibly contaminates vaccines for companion animals, and the methods for detection of infectious RD-114 virus.”
– https://doi.org/10.1016/j.biologicals.2010.03.003

In an analysis of risk factors for childhood acute lymphocytic leukemia, MMR vaccination; exposure to gases and insecticides; and parental occupational exposure to insecticides were found to have elevated and/or significant odds ratios.
– ncbi.nlm.nih.gov/m/pubmed/8182942/

Report and Review of Cutaneous Conditions Occurring at Vaccination Sites
“Dermatoses at the injection sites of vaccines can be granulomatous, immunity-related conditions, infections, lichenoid, neutrophilic, or pseudolymphomatous. Basal cell carcinoma [carcinoma is a type of cancer] and squamous cell carcinoma are the most common vaccination site-associated malignancies.”
– ncbi.nlm.nih.gov/m/pubmed/26988991/

Acquiring Mumps Disease Prevents Ovarian Cancer
A protective effect of mumps parotitis on ovarian cancer risk can be explained under a model related to immunity against the surface glycoprotein, MUC1. . . Mumps parotitis was a very common illness in infants and children prior to 1970. With now close to universal vaccination except in the third world, mumps has become a disease of adults who were either born too early for routine vaccination or who have lost immunity after vaccination. . . We point out, however, that the anti-MUC1 antibody response was most robust in younger women suggesting that childhood infection, as would have occurred in the past, might have been the optimum time for engendering immunity against ovarian cancer. . . Prior to vaccination, mumps was generally a mild illness but could have serious sequelae including orchitis and sterility, meningitis and deafness, and pancreatitis. Nevertheless, our study suggests there could also have been unanticipated long-term anticancer benefits of a mumps infection.”
– ncbi.nlm.nih.gov/pmc/articles/PMC2951028/

Intramuscular Vitamin K Shot Increases Risk of Childhood Cancer
“. . . there was a significant association (p = 0.002) with intramuscular vitamin K (odds ratio 1.97, 95% confidence interval 1.3 to 3.0) when compared with oral vitamin K or no vitamin K. . . The prophylactic benefits against haemorrhagic disease are unlikely to exceed the potential adverse effects from intramuscular vitamin K. Since oral vitamin K has major benefits but no obvious adverse effects this could be the prophylaxis of choice.”
– ncbi.nlm.nih.gov/m/pubmed/1392886/

*Thank you to our friends at Informed Choice Washington for compiling some of this list.

The Danger of a Dark History Repeating Itself

Health Freedom Louisiana is proud to host screenings of Vaxxed II: The People’s Truth in…

HFL Warned the Louisiana Department of Health . . . They Did Nothing

Below is the letter HFL sent to the entire Louisiana state legislature on May 5,…