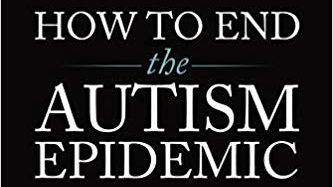 On September 19 J.B. Handley, co-founder and chairman of Generation Rescue and father of a vaccine injured son with autism, released his new book, How to End the Autism Epidemic. 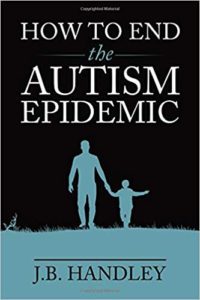 ? It addresses and annihilates certain common myths about autism.

? It lays out the peer reviewed, published science that PROVES that vaccines can cause autism and explains the mechanism by which it happens.

?It uncovers the FRAUD that the DOJ (Department of Justice) officials committed, and how the United States government has repeatedly and knowingly sided with pharma over the health of children.

The jury is IN. VACCINES CAN AND DO CAUSE AUTISM.

SO WHAT DO WE DO NEXT?

It’s already a bestseller, but we need to get it into the hands of EVERY SINGLE PERSON! Give one to friends, family, the pediatrician, other doctors, school administrators. EVERYONE needs to read this book. Make this your gift to everyone this holiday season!

RFK Jr. with the Children’s Health Defense is sending a copy of this book to EVERY legislator – both federal & state! But we need to make sure our Louisiana legislators read it!

During the Omnibus Autism Proceeding from 2002-2009, two DOJ attorneys committed fraud and obstruction of justice, preventing thousands of families from receiving their day in court and potentially being awarded settlements for the damages and injuries their children experienced from vaccines. Additionally, the entire trajectory of the vaccine industry could’ve been changed and children susceptible to vaccine-induced autism could have been saved had Dr. Zimmerman’s testimony not been intentionally misconstrued.  We need to call the people below and demand the DOJ officials be brought forward to get to the bottom of the fraud and finally right this wrong.

To read about the fraud and obstruction of justice that occurred:

Chapter 6, which delves into the issue, has been shared in its entirety here: bit.ly/howtoendautismchapter6

You can read Robert Kennedy Jr.’s petitions for investigation that he sent to the government here: bit.ly/rfkjrdojfraud

J.B. donates ALL the profits from the sale of his book to Generation Rescue and other autism organizations. But the Children’s Health Defense needs to raise funds to continue this legal battle, overturn the Omnibus Autism Proceeding, and get compensation for EVERY child that’s been injured by vaccines.

Children’s Health Defense is a 501(c)(3) Charitable Organization, so your donations are tax-deductible. To donate visit: https://igg.me/at/childrenshealth/x

WATCH This Amazing Episode of The HighWire with Del Bigtree

On this groundbreaking episode Del interviews J.B. Handley, Jenny McCarthy, Robert F. Kennedy Jr., and Rolf Hazlehurst to discuss J.B.’s new book, a glimpse into the sordid history behind the vaccine industry, and the legal implications of new evidence that has recently been discovered. Watch it here: bit.ly/highwirethebraveones

The time is NOW. The tide is turning.

Be brave. Do your own research. Read the book. Speak truth.

On October 12, 2017, The Informed Consent Action Network (ICAN), a nonprofit aimed at "investigating…

Jefferson Parish's Mask Order After 3 months of shutdowns and restrictions, we find ourselves faced…

If you’re a member you don’t have to do anything!
If you’re not ready for membership but you don’t want to miss important updates, events, or blog posts then sign up now!